The Movement Centre is very lucky to have some keen runners who are raising funds for us. 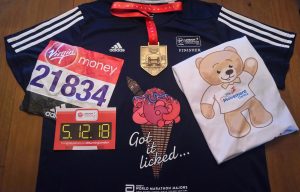 One brave man is Darren Hall. He took on the tough challenge of completing the London Marathon on Sunday 23rd April 2017. Darren, who works for Storage King, found himself one of the lucky runners to get a place in the London Marathon this year. He then decided he wanted to raise funds along the way. He finished the marathon in a time of 5 hours 12 minutes and raised over £500, a fantastic amount.

Another event that we have been delighted to be involved in is the inaugural Oswestry Half Marathon held on Sunday 30th April 2017. We had discounted charity places offered to us by UK RunChat. They were filled by some great local people.

Emily, Jo and Leanne ,from NatWest Bank, are going to take on this challenge. They wanted to support a local charity. They have been fundraising and held cake sales, spinathons, and through a JustGiving page. Also running the Oswestry Half Marathon are 3 Movement Centre staff Polly, Sarah and Curtis.

If you are in the local area come along and cheer all of our runners through the gruelling 13.1 miles. 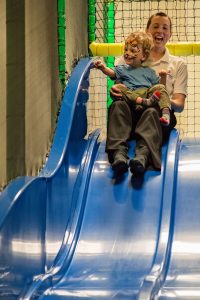 The Movement Centre’s annual Awards Party took place on Tuesday 11th April. It was a fantastic day with lots to celebrate! Every child who completed a course of therapy in the last 12 months was given a certificate. It was wonderful to see so many of the families there on the day to collect the awards.

After collecting their certificates at the Awards Party, the children and their families had lots of time to let their hair down! The Venue at Park Hall kindly gave up the soft play area for everyone to enjoy. This was followed by entertainment including; facepainting, a magician, teddy-bear hoopla, selfie table with props and a visit from mascots Bella and Spot the Dog!

On the day we celebrated the achievements of all of the children who have worked so hard over the last 12 months. There was also an award was presented for outstanding contribution to The Movement Centre. This year The Lady Trevor Award  was awarded to the Porter Family. Jeremy and 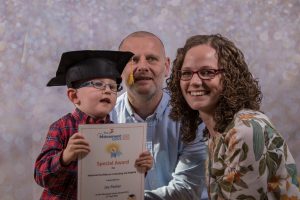 We would like to thank everyone who came along and help to support the day.  It was fantastic to see so many happy faces together in one room!

To see photos from the day you can take a look at our Facebook album!

Start of a journey!

We were thrilled to meet Freddie and his family last week, for an initial assessment to determine whether he could benefit from Targeted Training.

We had a brilliant few hours with him, playing with toys, while assessing his strength and control. Freddie did brilliantly, showing us all the skills he has learnt so far. From his thorough assessment from his therapy team it was determined that he could benefit and so he was supplied with his standing frame and therapy programme.

We have recently received lots of new sensory items for us to use in our sessions, and Freddie loved this particular sensory item, and couldn't let go of it. Thank you to Wrexham Yale Rotary for their kind support in purchasing these items.

Here at The Movement Centre we try and support our families as much as possible. We offer free initial assessments so that we can determine whether your child could benefit from Targeted Training without you having to pay upfront.