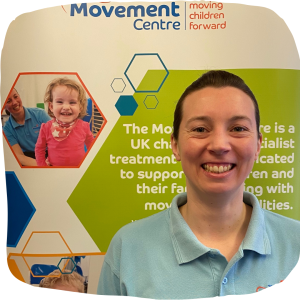 Sarah joined The Movement Centre after qualifying as a physiotherapist in 2009. She also works with orthopaedic patients and those with spinal injuries as a bank physiotherapist for RJAH Hospital.

Sarah loves being active and spends her spare time walking the local hills and cycling. You may even pass her on her bike on her way to work in the morning! 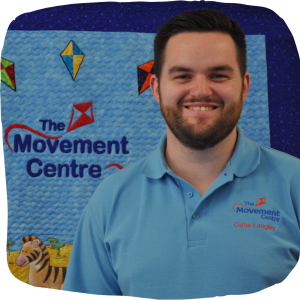 Curtis joined the team in 2016 as a Physiotherapy and Fundraising Assistant. He had previously had 7 years previous experience as  a Therapy Assistant. Curtis had also had lots of fundraising experience, having organised many events and completed four marathons. In April 2018 he made the switch to fundraising and marketing full time.

Away from The Movement Centre Curtis is a keen runner, a swimming teacher and he loves to cook. 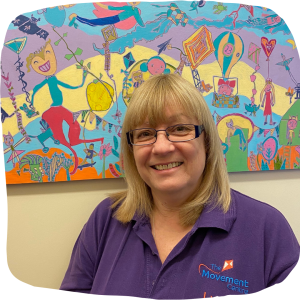 Lynne joined The Movement Centre in 2002. Her background as a trained Nursery Nurse is invaluable when working with children of all ages. Lynne supports the physiotherapists in assessments and the team with administration.

When she is not working at The Movement Centre Lynne is kept on her toes by spending time with her six grandchildren.

Ann joined The Movement Centre in 2018. Her background is in childcare and she has vast experience of working with children of different ages. Ann supports the physiotherapists in sessions and with administration.

Away from The Movement Centre Ann is a mum to three older children and enjoys reading, listening to music and caring for Niffler the cat. 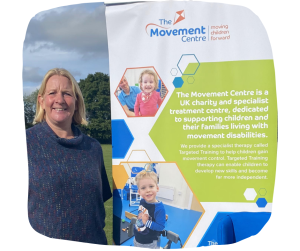 Helen started working in the charity sector after having her own children in 2008, having previously been in house sales for many years.

She worked as a Fundraising Manager for Macmillan Cancer Support within Shropshire for three years, then took on 12 month secondment within Volunteer Management within a small team covering the UK. Finally she ended her time at Macmillan heading up the fundraising team for Wales. In 2018 Helen took on a role at RJAH hospital where she was asked to lead the hospital charity and lead on raising funds for the Veterans centre, working with Orthopaedic Consultant Colonel Mayer.

In 2020, Helen left RJAH and joined Lingen Davies Cancer Fund, where she currently works 4 days a week leading on all of their fundraising. On her extra day she is very passionate about supporting The Movement Centre. Helen works alongside Curtis to help move the charity forward with their fundraising, thinking about new initiatives and building on new relationships with supporters.

Helen loves to spend time with her family and animals! She is very happy out in the fresh air, and being with nature. She is an open water swimmer enthusiast, and tries to do a bit running too!!!!!!

Feedback like this is why we do what we do! 🧡 We're there every step of the way, through the tears and the cheers - and not just from the children! From introductions to heading out the door for the last time, we learn as much from the children as they do from us! 🫂 ... See MoreSee Less
View on Facebook
· Share

A few weeks ago Fred visited us for his final revi

From the @bbc red sofa to the infamous jungle... a