We held our second charity golf day at Arscott Golf Club, on Friday 21st September and raised over £2000. 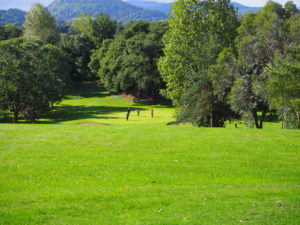 The golfers were amazing, playing through heavy rain and strong winds but there were still some great scores. The charity golf day had 16 teams of 4 battling it out to win a tailored golfing holiday to Ireland, kindly donated by Club Choice Ireland. We are so lucky that Club Choice support our charity golf day. It brings a bit of excitement to the day when there is a holiday up for grabs.

The overall winners of the competition were Jonathan Pierce and Robert Williams who were in the Harrisons Solicitors team. They will be contacting Club Choice in the next few months to organise their trip to Ireland which includes travel, accommodation and playing golf on multiple courses.

The money raised will help us continue to provide our specialist therapy, called Targeted Training, to children who face problems with their movement control. By attending The Movement Centre, children can gain head control, so they can interact with their family; it can help children develop the skills to sit unaided, so that they can play with their friends. For some children it can enable them to walk, which means they can be far more independent. 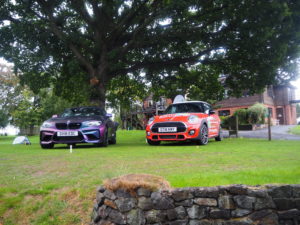 Jonathan Pierce from the winning team said “Having played in The Movement Centre charity golf day last year we were really looking forward to this year. Arscott is a lovely course and we really enjoyed what started out as a very wet and windy morning but soon dried out to leave a pleasant afternoon.” The pair had a fantastic score and Jonathan continued to say “Rob played very well and when he did eventually slip up I was able to come in and score some points! Our thanks go out to The Movement Centre for such a fantastic day and for the great work that they do and also to Club Choice Ireland for donating such an amazing prize. We are really looking forward to our trip.”

Larry Byrne, Club Choice Ireland said “This is our second year supporting The Movement Centre and 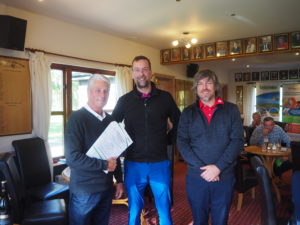 we’re thrilled to be able to help them raise these much needed funds for their ‘Targeted Training’ programme. It was a real pleasure to be there on the day and meet the people involved in the centre and also some of the families who are benefiting from their services. Congratulations to the winners, Jonathan & Robert, who we look forward to welcoming to Ireland in the near future.”